Last year in late March, I headed to Nepal as part of an expedition to guide Mt. Everest and perhaps of more lasting importance, began a relationship and sponsorship with InterWest. I had met my friends at InterWest through a mutual love of skiing and, even though we come at it from different angles, careers based in risk. They had helped on numerous occasions with advice on everything from policy creation and S.M.A.R.T. goals to utilizing adult learning characteristics in mishap prevention training. Most of these conversations focused on and around work that I do for a logistics company based in the interior of Antarctica. There I help to run remote air operations and train a staff of 50 on topics of work safety, mishap response and emergency procedures.

When InterWest learned that I was headed to the Himalayas, they came up with the idea of a series of dispatches: risk management from the bottom of the world to the top. I thought it was a great idea. The strategies to mitigate risk in the far flung corners of the earth and in the high-risk environments of firefighting, aviation and high altitude mountaineering are remarkably similar in their fundamentals. The training techniques used to teach and implement them are much the same as they would be for any business or organization facing risk exposure. My friends at InterWest and I both felt that we could use stories and anecdotes from these environments to illustrate these fundamentals of risk, to educate and entertain, and to ultimately begin an ongoing conversation on how we all move from risk theory to effective application and mitigation in our various businesses and pursuits.

We started last season with high hopes, but the project never really got of the ground. After trekking in for several weeks, and then training our climbing skills in the lower Khumbu Icefall, we were just beginning to make our way up the mountain when Nepal was struck by a 7.8 magnitude earthquake. The quake, centered near the capital of Kathmandu, violently shook the entire country causing widespread destruction and loss of life. Earthquakes are not uncommon in this area of the world. The Himalayan mountain chain is created by the collision and subsequent under-thrust of the Indian continent into greater Asian landmass. What was unusual was the shear force and appalling devastation experienced by this small and relatively poor country. More than 8000 Nepalese citizens were killed or are still missing and whole villages disappeared, as some parts of the country permanently rose or dropped nearly three feet.

The earthquake also had very personal consequences for our climbing team. During the quake our camp along with several others, as well as the Himalayan Rescue Associations medical facilities, received the brunt of an avalanche that released from near the peak of Pumori. Our camp along with our entire infrastructure was completely destroyed. One of our staff members was severely injured and we suffered the devastating loss of our team medic and friend Eve Girawong. This, along with continuing aftershocks, left us with the only option of gathering up what little was left of our personal belongings, making our way down valley and eventually returning home.

This year we are headed back to the mountain. I am also hoping to rekindle our project to share and educate through this experience. Our perspective on risk and consequence has only grown in understanding. Our commitment to learn, improve and then share that knowledge has increased in proportion to the experience we have had here. I hope you will find these dispatches interesting and that they may in some way aid or illuminate a new or better way to approach the risks you face in your own lives and spheres of action. 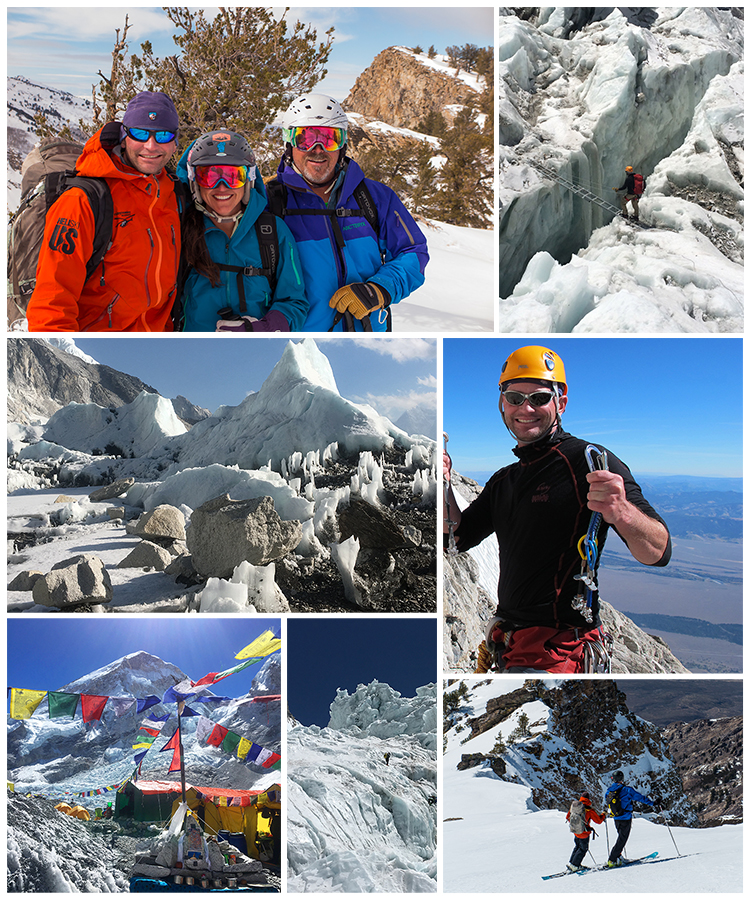